I enjoyed my first reading of Stephen King’s ON WRITING. As a matter of personal taste, I’m not a fan of his fiction, mostly because I was the anti-self-censoring kid. I clearly remember many, many books (like CARRIE) that should have been yanked out of my sweet little mitts. He’s an excellent writer, but make my King non-fiction.

I expected him to be funny. He is. He’s also emotionally honest, appreciative of his family, and warmly encouraging. If I ever meet him–I saw him at a Maine rest stop once–I’ll be glad. I generally pay no attention to celebrities, and I wouldn’t recognize Justin Bieber if he ran up and slapped me, but when I saw Stephen King step out of his car and walk toward Dunkin’ Donuts, I knew it. He’s a recognizable fellow. He must dread stopping on the Maine Turnpike.

King has a lot to teach writers. He expects us to shun the passive voice. He doesn’t truck with adverbs. For dialogue, “said” will do most of the time. He recommends a bracing dose of Larry McMurty to show us how much can be accomplished with “said.” I agree.

Except… I write for children and that leaves me in a tricky spot. Accepted word count for a picture book text is 500 words or less. Preferably much less. Good picture book writers wield that tight word limit like a plastic surgeon wields a scalpel. They carve out  stories that offer well-developed characters, clear story arcs, zingy tension, and satisfying resolutions. The very best examples, in my opinion, have something more. Delicious, nutritious language.

A favorite read-aloud in our house was Charlotte Pomerantz and James Marshall’s THE PIGGY IN THE PUDDLE. It was a treasure trove of fun words and my children delighted in Little Piggy’s rebellious adventures. They cheered as she would, “…waddle, plump and little, in the very merry middle.” Gently and naturally, the book expanded my kids’ vocabularies and fed their love of reading. The adorable illustrations and lilting language were an Astaire-and-Rogers team. We loved it.

Stephen King wasn’t talking about picture books. He was talking about–and to–grown-up writers who use corn-fed filler words that sap the strength of their prose. Still, as picture book word counts become more and more limited, we have to wonder what we stand to lose as the scalpel nears the bone.

Most writers I know lament the scarcity of long, luxurious picture books. They still occasionally happen, and we all hope they’ll experience a renaissance. Candlewick’s gorgeous CLOUD TEA MONKEYS, written by Mal Peet and Elspeth Graham and illustrated by Juan Wijngaard, is a recent example. Books like this, however, are as rare as snow leopards.

So, with the help of ON WRITING, I’ll sharpen my scalpel and have at it with my 500 words. But I hope I see more snow leopards. 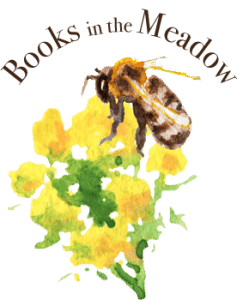 Get updates from Hayley Barret!